A modern horror RP game. For the hell of it.

Ok here's how it works. Because of spammers you can see one thread. We did have the board open but it got flooded with spam. So unless you ask us, or post three times, this is all you're ever going to see. It sucks, but it contains the spammers. So post something, say hello, let us know you're here and we'll bump you up to the big board. If you're not a spammer.
Post Reply
2 posts • Page 1 of 1

so the brief was: 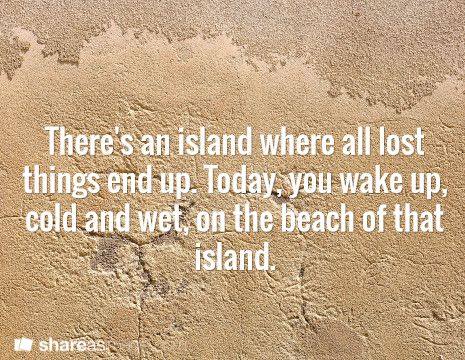 He lifted his head, or tried to at least. He had a mouthful of sand and everything tasted of sea. His clothes were heavy and sodden and already starting to itch. He looked up.

“Hello?” The beach he was laying on stretched as far as he could see. Behind him waves crashed from an endless ocean. Up the beach, far away, an unbroken line of trees marked the end of the sand.

“Need a hand?” The girl crouched by his side. He looked up at her, framed by the sun. She was pretty. Way too young for him, with a fresh, slightly goofy grin. She reminded him of someone, he couldn’t place who.

“No thanks,” he said. He rolled and pushed himself up. Everything ached and his head swam. “Where am I? What happened?” He hauled himself onto his knees. “You called me dad?”

The girl matched his position, sitting on her heels. She could be no more than seventeen he thought. She wore a boyz to men tshirt and a pair of skinny jeans. And an extraordinary amount of mismatched jewellery.
She smiled at him. “Well, as for where you are, you are in the Land of the Lost Things!” She pronounced it like it was the title of something. “As for how you got here, I guess you got here the same way all of us did. You got lost. And yes, I called you dad. Hello dad.”

He peeled off his jacket and laid it in the sun to dry. Under it his shirt stuck to him in various unpleasant places. If the girl hadn’t been there he’d have taken it off, but the girl was there.

“No offense,” he said, “but I think I’d remember if I’d lost a daughter. Especially one like you. I mean you’re a very pretty girl and I’d be very proud if you were but…” He became acutely aware that he was close to babbling. “You know what I mean,” he finished, lamely.

“You never met me.” She looked out over the sea. “Remember Audrey Winklemeyer?”

“That’s a difficult name to forget, I think if I’d met someone called that-” He sat back on his heels. “Audrey. Little Aud the sophomore. I had a relationship with her in college.”

“When you were twenty four and she was nineteen yes.”

“Little miss disappearing act. What the hell happened to her?”

“You knocked her up.”

“You got her pregnant. In the back of that old Ford you had that looked like your grandma had passed down her car to you.”

“Your grandma would have loved it more. And you got my mom pregnant. And she told her parents, and her mom cried and her dad promised to snap your neck like the dorktwig it was but Audrey’s mom made him promise not to and Audrey made both of them promise not to tell you. It was all pretty exciting.”

She was drawing patterns in the sand. Circles. Lots and lots of circles.

“So what happened? I don’t think I ever saw her again.”

“One night she got stomach cramps. Really bad stomach cramps. She just about made it to the toilet when what she thought were her guts opened. But when she looked it was red. Lots of blood and goop. And me. In a state of panic she pulled the flush and woosh! There I went. And here I am.”

He looked around himself. The beach, stretching endlessly in both directions, the unbroken sea behind. He looked up at the sky. And knew.

“She had a miscarriage. Pretty common actually for a first pregnancy. Doctor checked her out, put her in hospital for a couple of nights but there was no real need. Her parents moved her to another college and she moved away. Just another girl who lost a child. And so did you.”

“Meh, she was going for the abortion anyway. She still thinks about me from time to time, sheds a tear on my birthday. It’s kind of nice.”

“I’m sitting on a beach with my dead daughter-”

“Hey, I’m not dead, I’m lost. There is a difference mister. The dead are not lost and the lost are not dead. It’s kind of a motto around here.”

“Oh hell yes. Soon as you can walk I’ll take you to start meeting the others. Hey did you know you’re a famous novelist here?”

“Hell yes! All those novels and stories you planned in your head but never quite got around to writing down? All those opportunities you let slip by and lost? Well guess where they all ended up? Dude, as soon as we knew you might be coming, Elvis phoned me up on the 3d videophone and asked if maybe you’d go on his chatshow?”

The look she gave him was almost pitying. “It’s different for icons. There’s like two of them. The man is most definitely dead but the King baby, the King. Well he’s just stepped out of the room.”

“And got a chatshow.”

She leaned forward, took his hand in both of hers. “Please say you’ll do it, please. I’ve already said yes. Do it for me daddy?”

He pulled back, looked around himself, tried to let the madness of it all sink in. “So if this isn’t Hell or Heaven?”

“Oh good grief.” He looked at the girl. She had his eyes, his chin. But he remembered the little button nose, the sprinkling of freckles and the hair like spun copper. He’d used to love to bury his face in that hair. Audrey Winklemeyer. He’d barely thought of her in… well, in seventeen years.

“What’s your name? Do you even have a name?”

“Mom used to call me Rebecca.”

“She’s got new kids now. She doesn’t think of me so much.”

Rebecca shrugged, went back to drawing her circles.

He studied the sea. “My books are here?”

“All of them. You’re pretty famous.”

“Why didn’t Audrey get in touch?”

Rebecca twirled her finger in the sand. The circles had turned into spirals. “You won’t like it.”

“I’m already not liking it.”

“She thought she could do better.”

“Yeah, she only got with you because all her friends were getting boyfriends and she was all new at a new college and getting desperate and she thought you looked cool but then she discovered that you weren’t. So she saw it that she’d saddled herself with this needy dork with his grandma’s car and she was already trying to figure out how to end it when you both got drunk at Pete Leyman’s party - you know you really shouldn’t have driven home because you were drunk and that was a really shitty thing to do - and she ended up saying yes to sex just because she kind of felt sorry for you?”

“The bitch! Hey I was not needy, if she’d had the balls to say she wasn’t interested I’d have bowed out. And I loved that car! And I had two beers that whole evening, I deliberately stopped drinking because I knew I was driving. And hey I had loads of girls just queuing up to date me.”

He looked down the beach. The sand was endless, a perfect golden-white expanse. “No. Did she do better?”

“Than a failed novelist who bounced from job to job for the next nearly twenty years watching novel after novel float through his head doing nothing about them?”

“Touche. Well, she didn’t do better with the kids. Our daughter is beautiful.”

Rebecca smiled, reached over and kissed him on the cheek. “Thank you daddy. I’m glad you’re here.”

He kissed her on the forehead. “And I’m glad I met you.”

He climbed to his feet. From his slightly higher vantage point the sea was still unbroken out to the horizon. Above him no contrails marked the passage of jets. Apart from the wash of waves onto the beach it was silent.

“It’s not the land of lost things is it?”

Rebecca stood. “Well then what is it?”

“The lost is never really lost. We can find the lost. Hell I can pull the wardrobe out from the wall and find a sock I lost two years ago. I can phone a friend I haven’t spoken to in ten years. They may not want to talk but there they are.”

He turned to look at her. “You said yourself", he said, "it’s a motto around here; the lost are not dead and the dead are not lost. Why? Because the lost can be found. Can be recovered. But what if you don’t want to find the lost? What if it’s lost but no-one cares? It isn’t dead, but it isn't really lost. Where does something like that go?”

He walked to the edge of the ocean. He knew now that there was nothing out there but unending water. “Do you know that there are more Elvis impersonators than ever before? But none of them are stars. None of them sell enough records to get into any charts. You can’t see his movies on tv, even in his lifetime he was having to reinvent himself, playing Vegas to the nostalgia crowd. A king has his moment and then makes way. Here he has a chatshow.”

Rebecca watched him strangely. Their shadows didn’t appear to have lengthened, he wondered if the sun even set here. “You are my beautiful beautiful daughter”, he said, “but your mother was all set to have you destroyed. And she cut me out of her life gladly and completely. And the world has done pretty well without all those books I didn’t write.”

He walked to her, gathered her into his arms. She felt so small, so precious. He felt her heart beat against him. “This isn’t the Land of the Lost Things is it?” he said, “it’s the Land of the Unwanted.”

She pulled back from him then reached up and kissed his cheek.

Re: the occasional tale